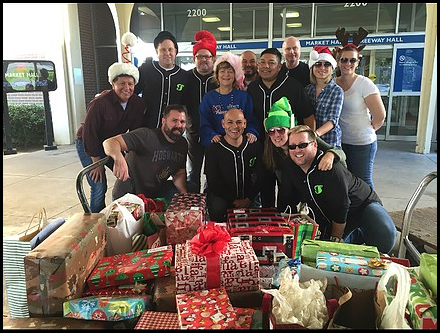 When they aren’t working at American, sales associate, Cathy Armando and Director of Vertical Markets, Sarah Thomas spend time with their softball team in Dallas, Texas.  Their team, the Titans, have enjoyed four seasons as a team in the Dallas Pegasus Slow Pitch Softball Association. They have not won every game, but they have won where it counts – giving back to the community!

We’re proud of our American employees, Cathy and Sarah, for serving their community & helping those in need!